You are here: Home» News » SUCCESS IN PRELIMINARY TESTS of ADE AVIONICS AND CAMERAS in NUCLEAR SCENARIO

ADE will prove in analogues environments two different use cases: a planetary sample catching rover and a terrestrial rover.

The goals of the performed tests were to validate ADE in a scenario representative of a nuclear power plant under decommissioning. More specifically, goal of those preliminary tests were:

The platform used to perform the above mentioned tests was the GMV’s Foxizirc rover. The rover was equipped with a Stereo cameras, an IMU, an UltraScale, PTU and NUC.

The rover was equipped with a HRES camera, a LIDAR, an IMU, a robotic arm equipped with a camera on the end effector, and a NUC computer, that applies AI techniques to identify patterns on the images. A separate On-board computer contains the guidance, navigation and control components, as well as the software for perception and localization. 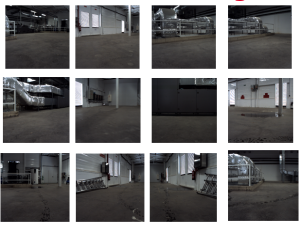 The test showed a very good performances of the entire systems, including rover platform, avionics and software and operations. 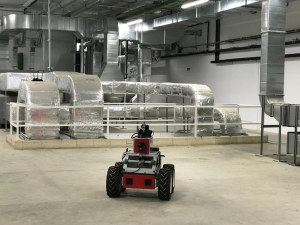 The next step for ADE project will be test the avionics for the Martian use case using the DFKI’s SHERPA TT rover. Those tests will be performed at DFKI’s facilities in Bremen, at the end of July.